13th meeting of the NSDI Board

On September 30 2019, the 13th meeting of the National Spatial Data Infrastructure Board was held at the State Geodetic Administration. The meeting was chaired by the Director-General of the State Geodetic Administration, Damir Šantek, PhD, and attended by Tanja Pušelj Ostroški, Croatian Employer's Association representative, Žaklina Čizmović representative of the Croatian Bureau of Statistics, Vesna Poslončec-Petrić, PhD, Dragan Divjak, MSc and Tomislav Ciceli, MSc, heads of the NSDI Workgroups and Ljerka Marić, MSc, from National Contact Point.

The members of the Board were presented with the work plans of the NSDI Workgroups for 2019 and 2020 and their activities in the coming period were outlined. The heads of the Workgroups referred to the realization of the planned activities and emphasized the members’ interest in participating in the tasks assigned to them. 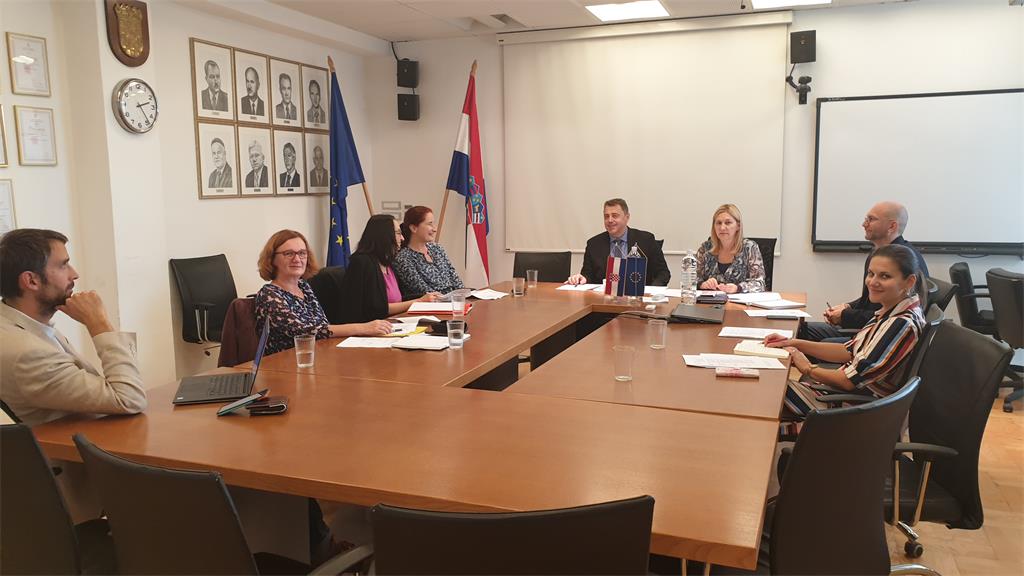 In continuation, activities for the organization of 11th Spatial Data Infrastructure Days Conference, which will be held in Split, 13 – 14 November, 2019, were presented. The organization of the conference is co-financed by the European Social Fund under the project “Strengthening Capacities for the Establishment of the National Spatial Data Infrastructure“.